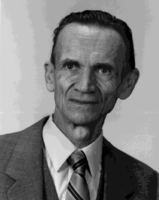 The work of Jan Mařík (1920–1994) embraced the fields of algebra, topology and mathematical analysis. Although he published papers in functional analysis, potential theory and differential equations his research focused on measure theory, theory of integral and theory of real functions. As a Professor at the Charles University, he strongly influenced several generations of students. From 1957 to 1970, he was the Editor-in-Chief of the Czechoslovak Mathematical Journal. Due to political circumstances, he did not return from his visit to the USA in 1969 and got a tenure at the Michigan State University.